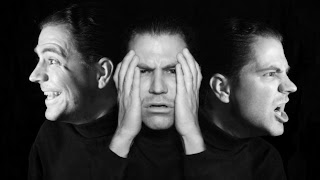 Bipolar disorder is an illness that can be successfully treated if the sufferer "takes ownership" of his/her condition and resolves to get well.  It can be controlled with the right psychiatric medication and good ol' "talk therapy."  But if the sufferer refuses to recognize his/her own illness, their lives, and the lives of their family members, can become a living hell.  Read this article from the New York Times for one example of the mess that occurs when a person with bipolar disorder refuses to accept their diagnosis. 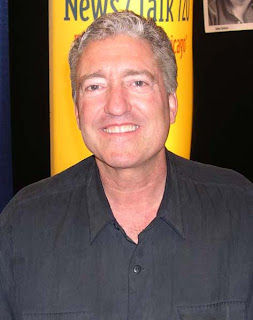 I have had a great baseball week.  On Monday, my wonderful son-in-law took me to the Crosstown Classic, Cubs vs White Sox at U.S. Cellular Field.  The Cubs won 12-3, 5 home runs.  I owe Patrick a big "thank you" for a terrific night at the "new" ball park.   The Cell isn't as quaint as Wrigley, but the men's rooms are much more civilized. I stayed home last night and listened to the game on 720 AM.  Cubs eked out a win, 2-1.  I am listening to the radio again tonight, seeing if the Cubs can sweep their local rival, the Pale Hose.  It ain't looking good - 2 zip, White Sox, at the end of the 3rd.

I believe that baseball should be watched live, in the ballpark, whenever possible.  If you can't make it to the park, the best way to take in the game is to turn on the radio.  Yeah, I will watch the Cubs on television if I am at a bar, but the magical rhythm of the play-by-play man and the color man has been part of my consciousness since I was a preschooler, listening to the San Francisco Giants with my Dad in the backyard of our cheesy suburban ranch house in San Leandro CA.  Chicagoans are very lucky because we have the awesome Pat Hughes.

Pat was the play-by-play guy to Ron Santo's color guy from 1996 thorough 2010 when Ronnie died of cancer.  They were absolutely terrific partners - they had that awesome chemistry and they kept their sense of humor through all those years of Cubs misery and disappointment.  Now, Pat is teamed with Keith Moreland,  Keith is in his late 50's and was a good professional baseball player - he was on the 1984 Cubs team that won their division.  Keith knows his stuff and is doing a great job, but of course, he can't be Ronnie.  It is good that Pat Hughes is providing the continuity.

I am amazed by Pat's voice.  It is warm, deep, lush and comforting.  He is always well prepared for each game, he tells good jokes, and he never seems to make a mistake. He never stutters or muffs his lines. I read an interview with Pat.  He said his biggest thrill is when a blind person greets him and says "thank you for helping me see the Cubs play."  Baseball is a game with lots of spaces; a good broadcaster can convey information, wisdom, humor and excitement in those spaces.  The magic of the broadcaster is much enhanced if you have a voice like Pat Hughes.

It is summer solstice, the longest day of the year.  Twilight is upon us at 8:45PM.  The Cubs are now down by 3 runs in the 6th inning.  It is still hot - 89 degrees.  I have the sprinklers on, and I am beginning to fade from my long day.  But Pat is still talking on the radio, emoting, soothing us all with his word pictures.  Thanks, man.
Posted by Mr. G at 6:56 PM No comments: 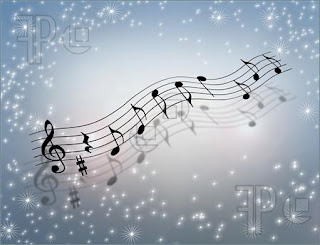 I still can't believe the impact of technology on music. I am a non-techie; it all seems like musical magic to me.   I am reaching the downhill slope of my run through life, so there is a lot of technological change in my rear-view mirror.  I remember sitting in my room at the age of 15, wearing out my "Kind of Blue" LP on my cheap Sears portable stereo, trying to figure out how Miles injected simple phrases with such beauty and intensity.  I remember spending hours producing a mix-tape for my brand new Sony Walkman so I could be immersed in Tower of Power and Ray Charles during my morning commute.  I had a Sony Discman, enjoying my favorite J.J. Johnson CD as I moved about.  Then, on October 23, 2001, Apple introduced the first iPod - 1,000 songs in your pocket!! Holy crap!! I was beside myself in excitement. By the time I got around to buying an iPod, the capacity was up to 10,000 songs.  I uploaded my entire CD collection to that sucker in 2004.  It took a solid week.

Just for fun, take a look at the Steve Jobs YouTube video of the iPod introduction.  Doesn't the iPod look lame and clunky?   That wheel thingy on the front is totally retro now.  In this age of touch screens and cloud-based data storage, the iPod Classic is heading down the road to obsolescence, following the path of the 8-track tape, the cassette and the compact disk.  I still have and use my old-skool mega-iPod with the wheel interface, but I am now listening to something else.  It is crowding the iPod from my ears.  It is Pandora.

Yeah, it has been around for a while and my eldest daughter has been onto it for years.  I started fiddling around with Pandora at least two years ago and found it amusing to run it in the background as I worked on my laptop. A few months ago, I discovered that I could have Pandora stream to my smartphone thus turning it into a portable music player.  I set up a bunch of stations - Trombone Shorty Radio, Dexter Gordon Radio, Sharon Jones and the Dap Kings Radio, Muddy Waters Radio - then I hit Quick Mix.  It is like having a personal DJ with telepathy.  Pandora knows what I like before I have heard it.  I heard that Pandora can access over 1 million songs.

This morning, I heard Howard Tate sing "Eight Days on the Road" thanks to Pandora.  Now, that is about as soulful and funky as a man can be!  I like Aretha Franklin's version of this song, but it is nowhere near as REAL as Howard's version.  The song is from the pen of Jerry Ragavoy, a prolific soul songwriter (a Jewish fella, of course) who also wrote "Get it While You Can" (covered by Janis Joplin) and "Time is on My Side" (covered by the Rolling Stones).

Right after Howard Tate, Pandora served up Dexter Gordon playing an amazing version of "Ruby My Dear," his tenor sax caressing the phrases and purring the theme.  Then came Muddy Waters, Ray Charles, The Diplomats of Solid Sound, Chet Baker and Otis Redding.   And I thought, "Magic."