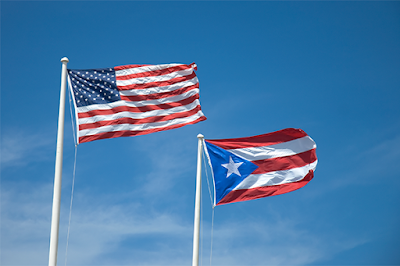 I have been fortunate - I have visited Puerto Rico several times.  I am particularly fond of Culebra, a small island off the east coast of Fajardo (the main island of Puerto Rico).  Culebra is a wonderful, sleepy place with marvelous beaches and very friendly people - a combination of long-time locals and gringos that have escaped the rat race in El Norte.  I have hung out at the Dinghy Dock and Zaco's Tacos, strolled Flamenco Beach and snorkeled off the coast; I have danced on New Year's Eve in the town plaza with the locals and the tourists.   So I have been personally dismayed by the disaster of Hurricane Maria - not as bad as the 5.3 million Puerto Ricans living in the U.S., of course, but I have a connection. I have heard via the internet that Culebra did not get hit as hard as Fajardo and Vieques (another small island, but not as small as Culebra), but everything on Culebra is tied to Fajardo - the fresh water is piped over via an undersea aquaduct.  All of Puerto Rico is in a massive crisis - pobre Puerto Rico, este hermoso país despreció este desastre.

The U.S. Government's response to this has been, at best, lumbering and slow.  It takes time for the Federal apparatus to start moving.  Since Maria took out the local relief capabilities, there hasn't been much rapid response.  And yes, the local infrastructure was not as strong as one might like (but I am not sure that any infrastructure could have stood up well to Maria's onslaught).  The tone of discourse from President Trump has been awful, of course.  He is an awful person and generally does not try to comfort anyone.  But I suspect that the folks in FEMA and on the ground in Puerto Rico and working frantically to pull the territory out of the abyss.

And I am left with a question - why are we yelling at each other?  There is a crisis; it is no one's fault.  Of course the people who are in extreme distress are afraid that they have been abandoned and legitimate logistical challenges feel like deliberate delays.  It is reprehensible for anyone to blame the people and government of Puerto Rico for this disaster - that is like blaming a carjacking on the victim because they were driving in a bad neighborhood.  And the racial overtones of Trump's tweets can't be ignored.  The folks in Houston and Florida did not get accused of laziness.

And I, too, have been guilty of self-indulgent anger and righteous rage.  I have degenerated into name-calling and vilification.  How does this help?  Of course, it doesn't.

The United States is in a cultural crisis that is at least as bad as the one that was raging during the Vietnam War when I was a teenager.  We have a president that is not a kind and calm human being, which adds to our difficulty.  Legitimate issues across the political spectrum can't be rationally discussed in the current environment.  Our nation has always struggled with the tension between individual freedoms and group interests.  With calm deliberation, folks that disagree can find ways to accommodate each other.  We are far, far away from calm deliberation.

The core principles of the United States of America are honorable, and the country has yet to live up to them.  From the Declaration of Independence: We hold these truths to be self-evident, that all men are created equal, that they are endowed by their Creator with certain unalienable Rights, that among these are Life, Liberty and the pursuit of Happiness.  From the Constitution:  We the People of the United States, in order to form a more perfect Union, establish Justice, insure domestic Tranquility, provide for the common defense, promote the general Welfare and secure the Blessings of Liberty to ourselves and for our Posterity, do ordain and establish this Constitution for the United States of America.  If any government or president seeks to upend these core principles, that government or president must be defeated.  I do think that the current Trump administration is violating our nation's core principles.  I am an optimist, so I think this situation will be corrected in time. But regardless of "who is in charge," our country will still fall short of living up to its principles.   The legitimate disagreements will continue.  And that is the way it will always be. 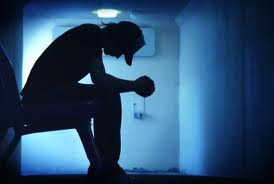 One of the things that we all hear from someone in our lives is "I have no regrets."  On the face of it, this sounds admirable.  After all, what's done is done, and it can't be changed so why ruminate about it?  And besides, if you are self-confident, you are proud of your actions, not insecure about them. Sorry, but I don't buy the pugnacious "No Regrets" philosophy.  I think that most people that claim that they regret nothing are lying.  Well, unless they are sociopaths - sociopaths generally have no regrets.

This topic is on my mind for several reasons, but I will focus on just one.  When I sold my marital home in 2015 and was packing up after my divorce was final, I couldn't find the case that held my old journals.  I have kept journals since I was a college student (in notebooks until 2004 when I switched to Microsoft Word; I forgot about the old written books completely for years).   Many old volumes have been lost, some I destroyed to foreclose the possibility of discovery by some curious family member or friend.  But I was pretty unhappy that the case of journals disappeared and I couldn't figure out what happened.  I let it go, however - chaos reigns for a while when a long-term marriage disintegrates; things can go missing.

Well, the case of old journals was in a neglected rented storage space controlled by my ex-wife.  She was clearing stuff out and came across them; returned them to me.  I plopped the case in my home office, opened it, grabbed a journal from 1982 and started reading - I am now up to 1990.

I was repulsed.  What a whiney, petty SOB that guy was!  Grasping, self-centered, ambitious (in a bad way), wallowing in self-pity and not much fun to hang out with, I suspect.  Also needy, and pretty lost.  He bulled forward when he knew better.  He often saw the facts clearly and ignored them. He claimed to love people, but he lacked the ability to consistently be loving.

One of the nice things about the human memory is its fallibility.  Many of the thoughts and events described in these old journals no longer reside in my head, thank God.  But after reading this stuff, I spent time thinking about who I was, what I did, what I thought.  I regret a lot of it.

But as a wise person said to me recently, "It is acceptable to look back, but it is impolite to stare." And humans are always changing, our bodies and minds now are different than they were several years ago.  So it is encouraging that I find the stuff in these journals to be repulsive.  My cosmic performance review still includes the phrase "needs to improve," but I am no longer on probation.

And I also forgive the guy who wrote that shit.  He was doing the best he could at the time. And he got up each morning and tried again.
Posted by Mr. G at 7:48 AM No comments: Links to this post