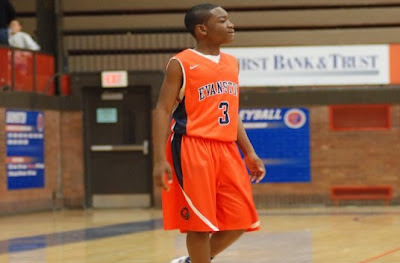 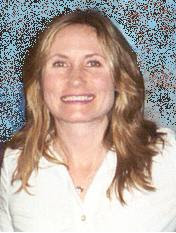 Nibra White is a friend of mine.  He works at the McGaw YMCA in Evanston as a coach and personal trainer.  Among his other activities, he is a coach for the youth basketball league sponsored by the Fellowship of African-American Men (FAAM) in Evanston.  One of his "great kids" was a young guy named Dajae Coleman (aka "Dae Dae"), a 14-year old honors student starting his basketball career as a point guard at Evanston Township High School.  Nibra's assessment of Dae Dae - quiet, well-mannered, bright, "coachable."  I didn't know Dajae, but I have probably seen him around town. We are all "one degree of separation" apart in Evanston - we are connected, although we don't always act like it.

Dae Dae was  killed at about 10:30 PM on Saturday night as he walked home from a party in his neighborhood in Evanston.  He was doing what kids do - hanging around with his friends and having some fun.  Some bloodthirsty idiot shot him, randomly it seems.  So we won't get to see what this fine young man might have achieved, what life he was going to construct for himself.

Killings are up about 40% in Chicago this year and it is no surprise that the carnage is spilling over to Evanston since we are smack up against the big city.  Street rumor is that the shooter of Dae Dae came from just south of Howard Street.  The Evanston Police Department is pushing to find the perp, of course.  It is really hard to solve these murders because folks won't talk to the police.

And the incident last Saturday occurred within walking distance of another murder, the 2005 slaying of Linda Twyman.  This nice, 40-something lady was slaughtered  in her own home; no arrests, no resolution in sight.  The case made a local splash when it happened, but it faded from sight.  The murder of a regular, hard-working divorced mom doesn't hold the public's attention for long, sad to say.  The case is cold as ice.  I wonder if the Evanston Police is still working on it?  I knew Linda, slightly, and I am sad that this case hasn't been cracked.

The chance of getting killed by a random attack is really very small.  Perhaps it is the rarity and capriciousness of these infrequent events that rattle us.  The tragedy of lives cut short is always intense, but even more when the victim is blameless and doesn't even know their assailant.    I have kept Linda Twyman in my thoughts for seven years; I am adding Dajae Coleman to my list of lost Evanstonians in need of justice.
Posted by Mr. G at 4:11 PM No comments:

Hiding Out in Driftless with the Ghost of Harriet Hosmer 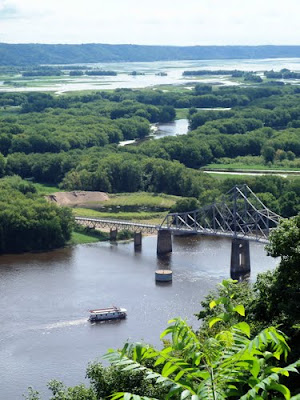 In this political season, it is good to unplug and go on a road trip into one of the less celebrated areas of our nation. One of the things that is especially great about the United States is the abundance of elbow room and beautiful places that are relatively unoccupied.  One of the places I head to when I need to hide out is the Upper Mississippi River Wildlife Refuge, a massive swath of the northern section of the Big Muddy, covering  over 200,000 acres and 260 miles of the river's path.

This is not a densely populated area, and it is pretty dang far from major cities.  It is over 250 miles to Chicago, 193 miles to Milwaukee, 198 miles to Minneapolis.  There is lots of farming, hunting, fishing and Harley riding happening in this region.  They call it the Driftless Area, a lovely name that sounds philosophical  but refers to the fact that the great glaciers didn't drift this far south back in ancient times.  There are plenty of forested hillsides and sculpted valleys cut into limestone bedrock.  When you pass a car on the road, the occupants invariably raise their hand in a peaceful, friendly greeting.  Life is slower here, and much quieter.  You can see all the stars when you step outside your cabin door at night and gaze skyward.

The media is blasting news of Romney and Obama into our brains all day and all night.  The Artic ice is melting at an alarmingly rapid pace.  The United States is lurching insanely toward the Fiscal Cliff. The Cubs are on track to lose 100 games this season, which, remarkably, wouldn't be their worst season (they lost 103 games in 1962 and 1966).  In spite of all this distressing crap, the Driftless Area cruises on, basking in local joys and coping with local sorrows.

On the east side of the Mississippi, in Lansing, Iowa, there is a city park, Mt. Hosmer Park.  As you would surmise, it contains Mt. Hosmer.  The view form Mt. Hosmer is pictured above.  At the summit is a lovely World War I memorial and on the cliff overlooking the spectacular Upper Mississippi region is a 60-foot flagpole erected by a local committee that included the American Legion and VFW chapters.  Mt. Hosmer was named for Harriet Hosmer, a noted 19th century American sculptress who spent time traveling the "wild Mississippi" in the early 1850's when she was a young woman.  The little mountain was named for Miss Hosmer because she won a footrace to the summit that occurred during a steamboat layover in 1851.  Miss Hosmer was known as an "independent woman" - she didn't marry and preferred the company of other women, specifically spending 25 years with a certain Lady Ashburton (mostly in Europe).  Harriet was quite the cut-up - Henry James called her "the life of every party."

Now, I didn't expect to learn that a mountain in Lansing IA was named after a wild and crazy 19th century lesbian sculptor.  This is one of those pieces of information that makes me feel quite pleased with the bone-deep quirkiness of the USofA.  Good, old Iowa!

I can go back home now, a bit refreshed and a little more confident that we will all muddle through somehow.
Posted by Mr. G at 7:34 PM No comments:

The  voice was the humankind's first musical instrument.  Voices and hands beating a rhythm were the components of our first musical compositions.  I believe singing is the most popular type of music due to this prehistoric connection.  We are hard-wired to respond. That is why a skilled vocalist can connect with millions of people.  But sometimes the most amazing singers remain obscure. 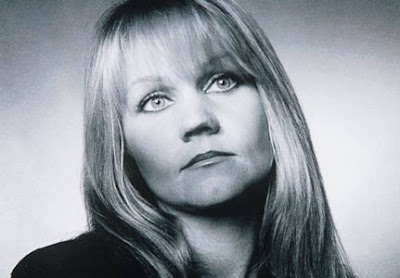 The story of Eva Cassidy is known to some people, and it is available for your reading pleasure via a simple Google search.  The keywords for Ms. Cassidy - shy, insanely talented, eclectic, tragic.  She died of cancer at the age of 33 and her modest fame was achieved after she passed.

I have been listening to this woman for years and she still stuns me and rips my heart out.  That voice! The phrasing and range!  I recommend that you watch and listen to Eva's performance of "Stormy Monday".  This unbelievable soul/blues music is pouring out of her, and she is such a sweet little blonde suburban woman.  Some musical experiences are just too intense and beautiful, the pleasure of listening borders on pain.  A musical experience like that changes the listener forever.  Eva Cassidy was a master of providing people with those experiences.

I am not religious, but I hope that there is an afterlife so I can tell Eva to her face how her music has grabbed and changed me.
Posted by Mr. G at 6:30 AM No comments: